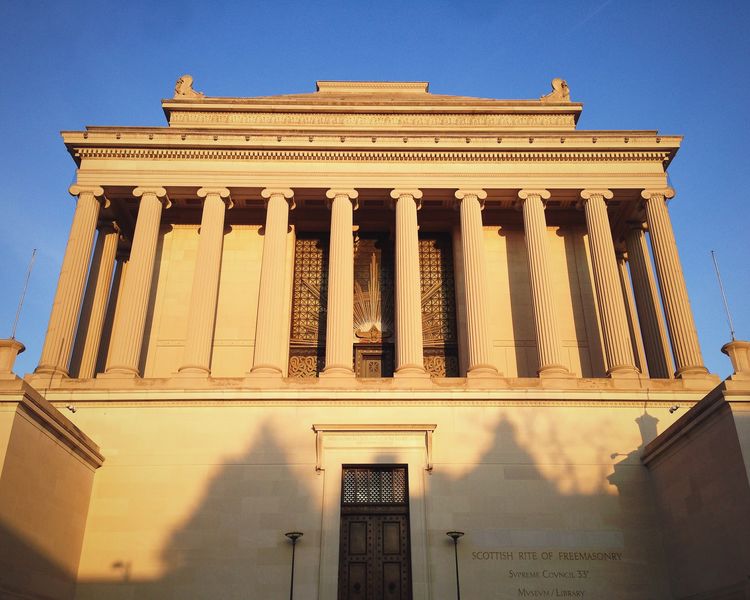 Nope. Not a thing.

This is the upper half of the House of the Temple, the headquarters of the Scottish Rite of Freemasonry, Southern Jurisdiction, U.S.A. The building and its surrounding statuary is bonkers. The scale is simply massive and the entrance is flanked by two sphinx-like statues.

From a quick glance at the building’s Wikipedia entry, we learn that it’s officially known as, “Home of The Supreme Council, 33°, Ancient & Accepted Scottish Rite of Freemasonry, Southern Jurisdiction, Washington D.C., U.S.A.” And what’s a Supreme Council without an equally over-the-top name? That’d be, “The Supreme Council (Mother Council of the World) of the Inspectors General Knights Commander of the House of the Temple of Solomon of the Thirty-third degree of the Ancient and Accepted Scottish Rite of Freemasonry of the Southern Jurisdiction of the United States of America.”