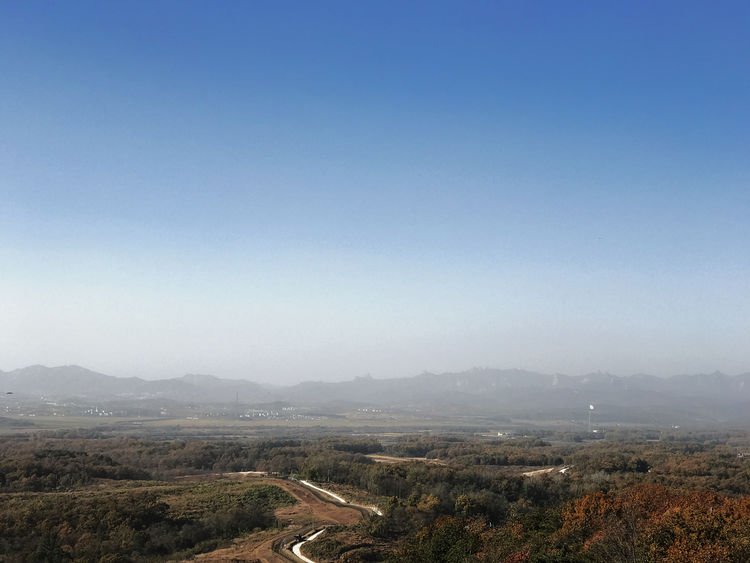 In the distance, through the haze, is North Korea. The DPRK.

In the middle distance to the left is the North Korean village of Kijŏng-dong, dubbed “Peace Village” by the North in a bit of grim humor. In the middle distance to the right is the South Korean village of Daeseong-dong, the only village permitted within the southern portion of the DMZ. It’s unclear if Kijŏng-dong is inhabited as most of the structures appear to be quickly-assembled and incomplete. The two villages each contain giant flagpoles topped with their nation’s flag.

Visiting this place was a surreal experience. How are you supposed to feel knowing you’re looking across what should be a pastoral countryside but is instead a landmine-riddled monument to humanity at its worst? This place represents the countless failures of so many people across so many years. We must be better than this.