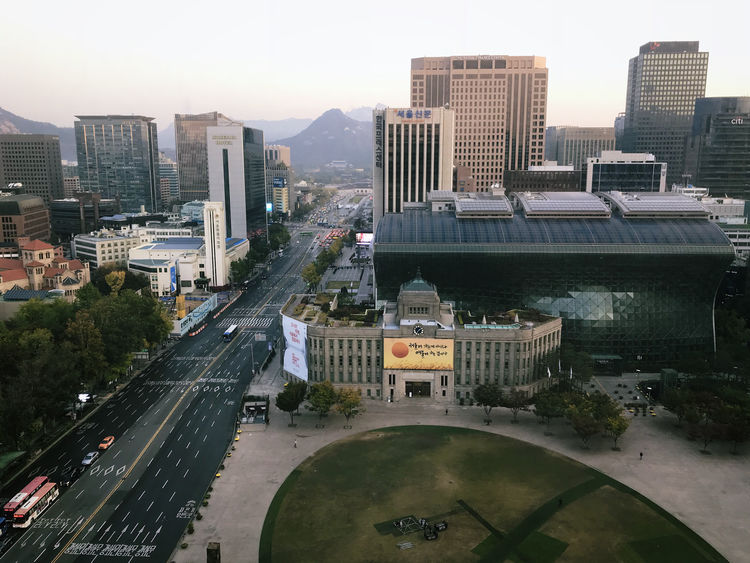 My hotel room overlooked Seoul City Hall which was originally housed in the older, Imperial Crown Style building in the center of this photo nearest the plaza. That building has some history:

The former city hall of Seoul was built in 1925, during the Japanese occupation of Korea. It is an example of Imperial Crown Style architecture, and served as city hall from Korea’s liberation in 1945, until construction of the modern building in 2008. It now houses the Seoul Metropolitan Library, in front of the current, modern Seoul City Hall building.

So! The older building is now home to the Seoul Metropolitan Library and the giant glass building behind it is Seoul City Hall. During my stay, the plaza was host to a seemingly never-ending series of concerts and events.