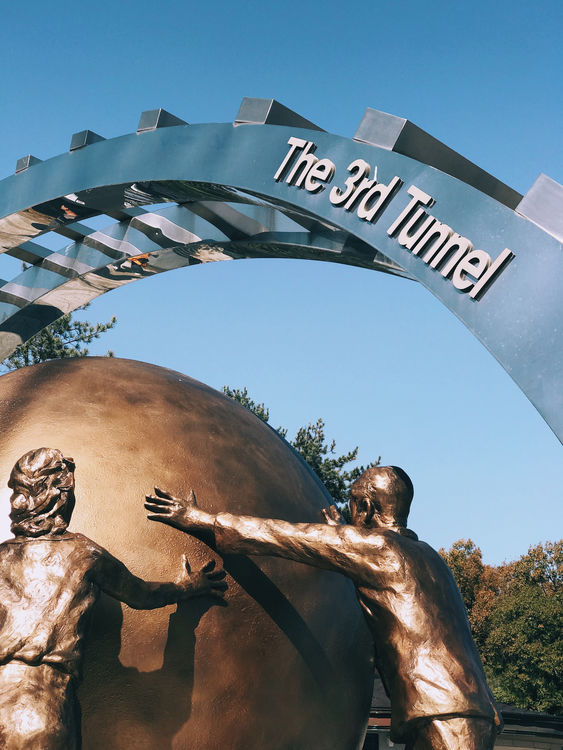 North Korea’s made some pretty bold attempts at invasion since the armistice that paused the Korean War. The most audacious plans involved digging tunnels beneath the DMZ and into the South. Purportedly, the North had plans to tunnel all the way into central Seoul some thirty five miles away.

The 3rd Tunnel, or the “Third Tunnel of Aggression,” is now a popular tourist attraction and is the only of the four known tunnels open to the public. Photography is strictly forbidden and the tunnels are low-ceilinged, narrow, steep, and humid. Anyone hardy enough to duckwalk their way through the tunnel down to the third barricade will be as close to North Korea as any civilian can get.