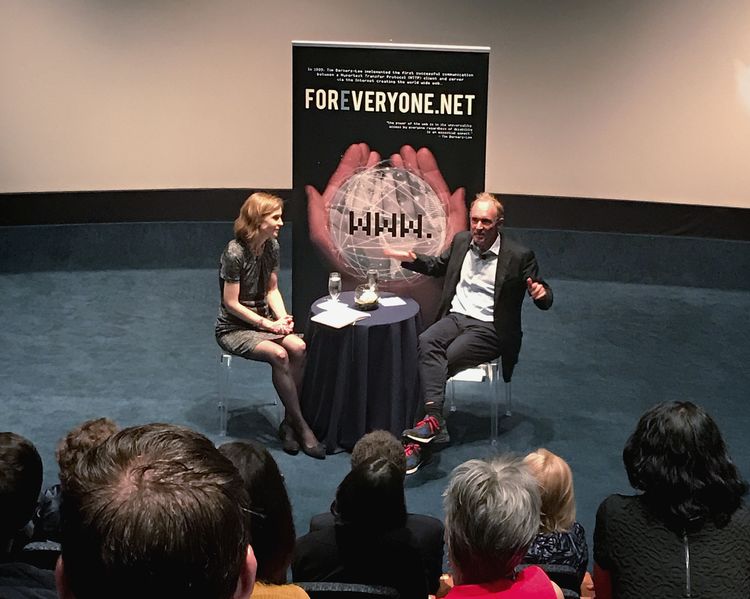 This Is For Everyone

Tonight we were able to see a screening of Jessica Yu’s new documentary, FOREVERYONE.NET, about Tim Berners-Lee and his invention, the World Wide Web. There are countless men and women whose contributions allow me to have a career working on the Web, but literally none of that would be possible without Sir Tim’s work.

His “vague, but exciting…” proposal for making scholarly documents available across computer systems revolutionized the way we communicate, democratized access to information, and—in some cases—allowed citizens to organize and enact meaningful change in their governments. He’s humble to a fault, but we—every one of us—owe a debt of gratitude to Sir Tim for his gift of the Web which he freely gave away so that we all might benefit.